12 Most Adorable Ways to Personalize your Bridal Mehndi

Women have their hands carved with mehndi numerous times during their lives, but bridal mehndi occurs just once. As a result, it makes perfect sense for brides-to-be to go wild in their hunt for the Finest mehndi design.

However, what is the ideal mehndi design for a bride?

It surely must have customized components and symbolize the couple's tale or be depictive of something significant to the bride.

Whether it's a minimalist mehndi design or a classic full-hand design, the incorporation of personalized features elevates the wedding mehndi to a whole new level. Who better to demonstrate this than experienced mehndi artists and genuine brides?

Looking for really adorable ways to personalize your bridal mehndi? Search no more! This article has the 12 best ways to do so, so read on.

There are several ways to include personalized elements into the wedding mehndi. Portraits of the couple, names, and wedding dates are undoubtedly there. There are also some with unique features such as hobbies, food, favorite TV characters, and so much more in the bespoke bridal mehndi designs.

So, to keep you up to date on the most recent and innovative trends, here are the coolest customized mehndi ideas you must see before deciding on your bridal mehndi design.

1. The Travel or Dating Narratives

A wedding mehndi should be rich, powerful, and long-lasting, just like the couple's upcoming marriage.

Some brides, however, have made both characteristics shine via their distinct mehndi patterns.

We noticed an intriguing part in which the bride tells the world about her narrative. Adding proposal locations to henna appears to be a rising trend and a game-changer when it comes to exhibiting the finest of the patterns.

To commemorate her special moments, the edgy and daring bride got a caricature of the hotel they met at, designed on her hands.

Another pair of mehndi-encrusted hands holds a drawing of Harry Potter's wizard realm. This was in remembrance of her fiancé's proposal to her would-be during their vacation to Universal Studios Park.

Isn't this the coolest and most original way to spice up your otherwise boring and standard mehndi?

The bride's wedding date is the most important thing to her. And nothing beats the opportunity to show it off during her bridal mehndi.

Yes, we're referring to the novel notion of displaying your wedding date through your mehndi.

Whereas so much is distinct and new, ‘saving the date' mehndi is a breather that will undoubtedly have you enamored. This is where the daring and melodramatic brides may explore and have fun.

By including the wedding date in the auspicious mehndi, you will not only show off your artistic side, but you will also take personalization to a whole new level.

We are blown away by this dramatic theme, which is both gorgeous and modern, as well as having a message.

3. Your Husband and You

Portraits of yourself and your Mr. Charming can be added to the auspicious symbols and traditional motifs on your bridal mehndi. Portraits of Dulhas and Dulhans are out of date.

It's time to nail the mehndi by adorning your palms with both your would-be and your image.

The customized and one-of-a-kind touch will give pizazz to your mehndi and will undoubtedly turn heads. And there's more!

Your bridesmaids and guests will want to pay special attention to this ideal mehndi.

The practice of having social media lingos painted on your bridal mehndi will help its hype spread rapidly. You can pick a word that is most used by you and your hubby or anything trending on social media to create a one-of-a-kind mehndi art.

Let it all be only a click away in this internet-savvy world and let your unique hashtags’ mehndi do all the talking. The best part? It is completely budget-friendly and needs no extra work, plus it will be a huge hit in this smartphone age!

Poems, songs, love notes, poems, and one-liners have long carried special meaning for couples in love. If you, too, want to send a romantic love letter or a nice note for your future husband, here's how.

Include written messages and romantic verses in your bridal mehndi to show your feelings and affection for your beloved someone.

One of the most popular mehndi trends right now is written dialogues or subtitles. Simply engage a talented mehndi artist and pour your heart out.

The heartfelt words oops hands will assist you in commemorating a very remarkable voyage with your sweetie. The intricate and creative mehndi will readily explain that he is the finest thing that has ever occurred to you.

The depiction of your favorite pet in a bridal mehndi is much too adorable to bear. Some brides defy all expectations and go through with this new concept without fear or restraint.

No surprise, the work is one-of-a-kind, where they want to include their furry buddy in the adventure and the next chapter of her life.

This bridal mehndi has it all: eccentricity, emotions, fun, cuteness, and so on. Not to forget the wedding day and the likeness of the pet photo to the real one.

As a result, the mehndi is replete with many individualized parts and seems to be one-of-a-kind in more ways than one. All we can say is that it is jaw-dropping!

Some brides made a brilliant decision by breaking borders and marrying outside the caste. We discovered the soulmates through the bride's unique mehndi pattern, which symbolizes her emotions and sentiments during the marriage union.

Yes, some mehndi have their color, with caricatures of, for example, a Punjabi bride and a Tamilian husband. It's like meeting the lovebirds who are most concerned about their devotion to one other.

Hats off to this type of bridal mehndi, which celebrates the wedding in a fun and amazing style. There are depictions of both cultures on the mehndi-clad hands as an interesting to look at. You, too, may create similar magical moments during your wedding simply by applying bridal mehndi.

8. A Tribute to the Elders

What about having your mehndi stand up for your family ties and respect for elders? Some brides’ mehndi-laden hands are a work of art in which she honors her parents and in-laws-to-be by holding their photos.

They abandon all other themes in favor of this one-of-a-kind, the never-before-seen pattern for her bridal henna. To have so much respect and love for her parents and relatives, they must be a doting daughter and now a doting bahu, right?

So, if you want to show your parents how much you appreciate and respect them, try this particular and one-of-a-kind manner of saying it. Choose this pattern to make your mehndi an incredibly touching experience.

9. The Image of the Star

Celebrities and Bollywood have long been a part of wedding festivities. So, why should your bridal mehndi be left out when it comes to having a movie-themed celebration and rituals?

You'll be surprised by some mehndi patterns, which seem elegant, flattering, and star-based.

There are mehndi designs with Shahrukh Khan's picture that are an ultra-chic way to pique your interest in the current. The image illustrates the bride's adoration for Bollywood's Badshah.

So, if you're a 'Bollywood buff,' let the lights, camera, and action be there for your wedding mehndi.

Although there are several mehndi patterns to choose from, you may cut with something fascinating and relevant to your interests.

Just choose a unique concept such as displaying your passion for cuisine, your favorite cartoon characters, your favorite idols, games, TV series, or something you like doing together as a pair.

Your bridal mehndi, designed with your favorite components, will keep the ceremony enjoyable and stylish. Some brides have figures such as Minion, Coca-Cola, Food, and Aladdin drawn on their hands.

So, consider the things and events that have always been significant in your life and include them in your bridal mehndi design.

11. Bringing Out the Profession

You can have your or your partner's job profile on your mehndi when we say professional mehndi.

If you are passionate about your career, you may have aspects from your job profile engraved on your mehndi patterns. This is similar to how a bride had brain, heart, and ECG painted on her hands. The mehndi symbolically represents the marriage of a cardiologist and a neurologist.

You, too, may select delicate and imaginative features and display them on your hands.

More than we can see has been adorning a brides' hands in an edgy manner. Like a small aircraft used by the bride to represent her husband's career as a pilot. Such inventiveness is unquestionably required.

Obsessed with Sun Signs and how their characteristics blend nicely with you? Then, get your husband's or both of your zodiac signs engraved into the mehndi pattern.

Most couples have continuous laughter sessions and debates about personal attributes related to their zodiac sign, which in some ways sparks the marriage. It's also a terrific method to show the audience how you'll collaborate.

What do you write on your mehndi?

Typically, mehndi artisans apply gobs of henna to the fingertips to create a dark color statement. Instead, you may write one letter on each of your fingertips. If the name is short, you can follow this pattern by writing one letter on one fingertip and a design on the other.

How many different kinds of mehndi patterns are there?

These varieties of mehndi designs, as well as the technique for applying them to the hands, are evolving with time.

How long should we leave mehndi on our hands?

Allow the mehndi for at least 2-6 hours to dry. The stronger the color becomes the longer you leave the henna on your skin. Some ladies leave it on overnight to get a dark mehndi tint.

What exactly is Arabic mehndi design?

When it comes to design aspects, Arabic mehndi is dominated by floral artwork, paisleys, and free-flowing diagonal trails.

There are also a lot of leafy motifs, architecture-inspired patterns, and precise checked arrangements in these designs, all of which are paired together to cover the hand and foot in an edgy style.

Did you ever believe that just a tiny piece of your life could make your bridal Mehndi so amazing?

So, brides-to-be, what will it be - your love tale, a photograph, or something even more original?

Share with us your bridal mehndi ideas, outcomes, and pictures in the comments down below! 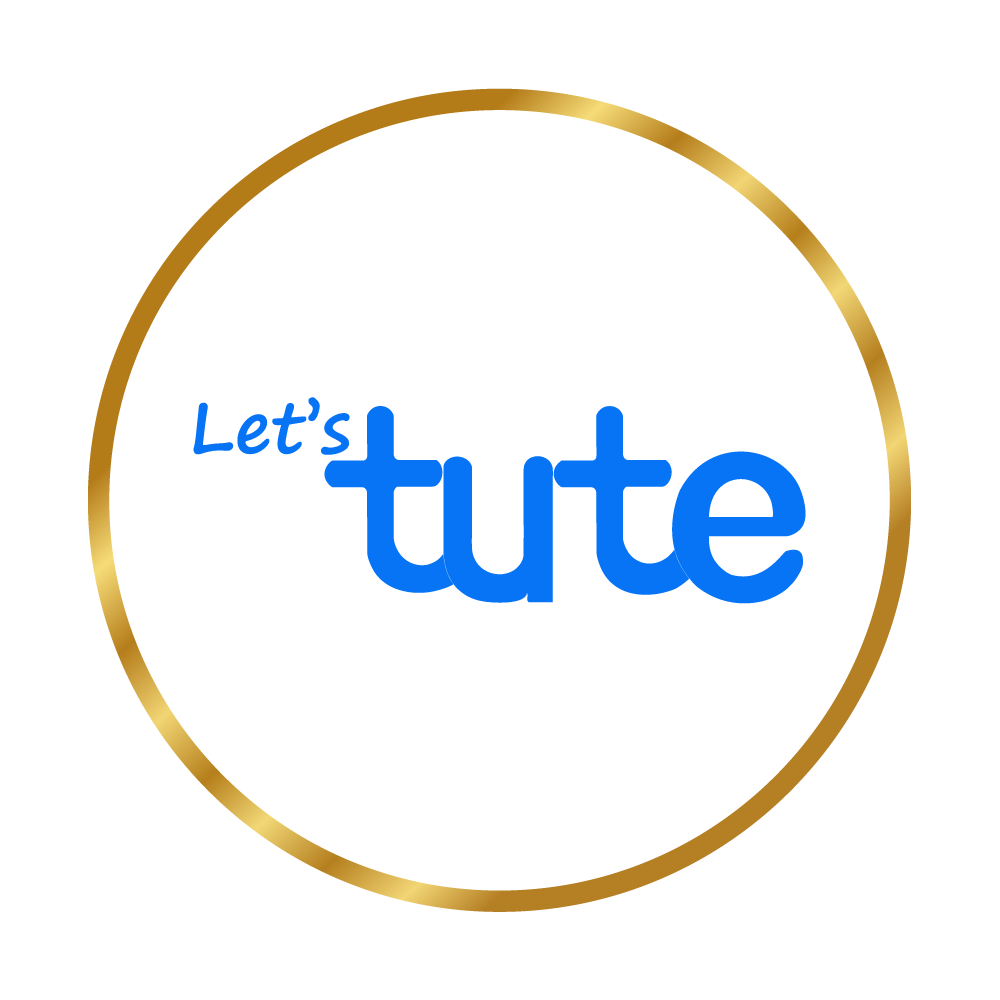